The dark side of the moon

Came to me as mother

Calmly tucking me into bed

Telling me my story,

How I was born,

Where I am now,

And no prophecies of what is to come,

So that I could sleep and rest,

For I am traveling to a new old place,

Pushing past the cycle

Finally giving the child in me

Solace that she had seeked,

Amongst the swine and wine until the child forgot.

But the dark side of the moon,

She pulled the child out of her hiding place,

And silenced all her dreams.

So the monsters disappeared and she can sleep in peace.

Karma brought me face to face and soul to soul with my shadow.

Her vile and brooding,

Both of us She Wolves

And though I cringe each time I hear her shrill yap and and feel her incoherent vehement spew,

I thank the universe for showing me what I could have been,

Because we two are she wolves alike in purpose,

Though if I were to have fed my fears rather than nourish my love,

I could see how I might howl with rage like a beast at the height of night.

My shadow and light are of the same essence,

So I must remember to always see it clearly,

And feel the beast, but feed the divine

Giving gratitude to that divine power that shows me these lessons

And shed into that which floats to light. 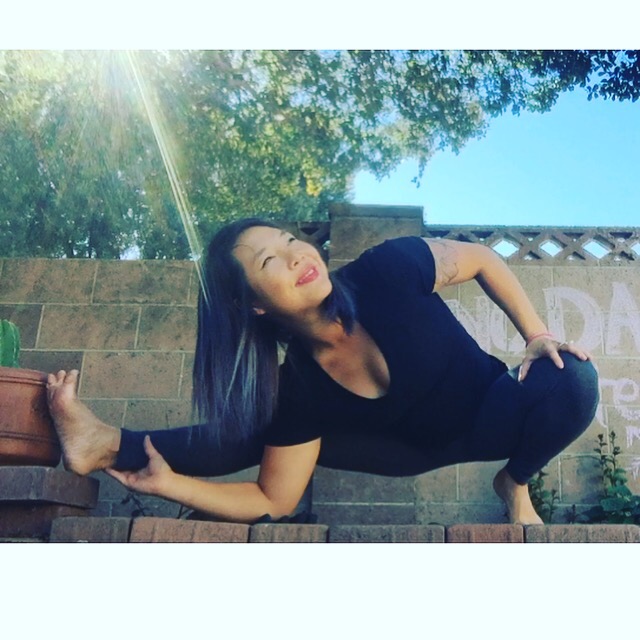 The day after the election was hard and I felt heartbroken.

I listened to NPR all day hoping to find some sort of justification.

As I processed I moved through feelings of anger, grief, sadness, but at moments acceptance.

This morning I woke up and spent sometime meditating after dropping Elijah off at school.

Then I realized something and couldn’t help but laugh.

I didn’t believe that Clinton being elected was a solution to anything except that it just meant a vulgar racist narcissist like Trump wouldn’t be possible.

Even more clear was the realization that she was like “settling” with a relationship because I was comfortable.

So then in my silence, I understood the emotions I felt yesterday and realized Trump is Americas rebound.
In my own past, I’ve rebounded low (though not quite so low as Trump) after ending what I thought was beautiful in order to be ready for the transformation that comes later.

The rebound tends to dangle pretty, yet empty promises, and it is often mediocre compared to what you had just experienced, however that is the appeal.

Sometimes the rebound is gross and vulgar because you are afraid to put faith in someone you want to love just to be disappointed again and again.

In this realization, I laughed and the heaviness lifted.

So Trump is the rebound which leaves me to believe that this can move us in a direction for even greater progress and make us ready for someone as progressive as Sanders.

It is just a part of of the shift.

I’ve been writing all night and all morning trying to come to terms with what has happened.

The dread I felt was real.

The fear I felt was real.

I keep flip flopping back and forth to stay positive and then knowing how horrible this actually is.

On one hand, my 2 year old woke up happy as ever, saying,”I’m hungry mom.” As he does every morning to wake me up. He sang Twinkle Twinkle in the morning. He laughs and hugs me and tells me how much he loves me. And for this I want to move forth from a place of love and peace.

On the other hand, Trump made promises that I hope he cannot keep. For some, more than others, this is valid fear they are feeling. I feel it is insensitive to ignore that our brothers and sisters and walking around in fear of what might happen to them and their families. Trump began this race igniting fear and scapegoating one side of America that he had no part of. I can not just say, we just have to stay positive because now is the time to be even more vigilant and fight harder and stand taller. We need to acknowledge that this is real and not just hope it will all be ok.

It sounds the same,

It does not feel the same.

My heart is heavy,

But it is still filled with love

And that love is telling me that it is right to feel pain and loss as much as it is ok to laugh and sing songs with my children.